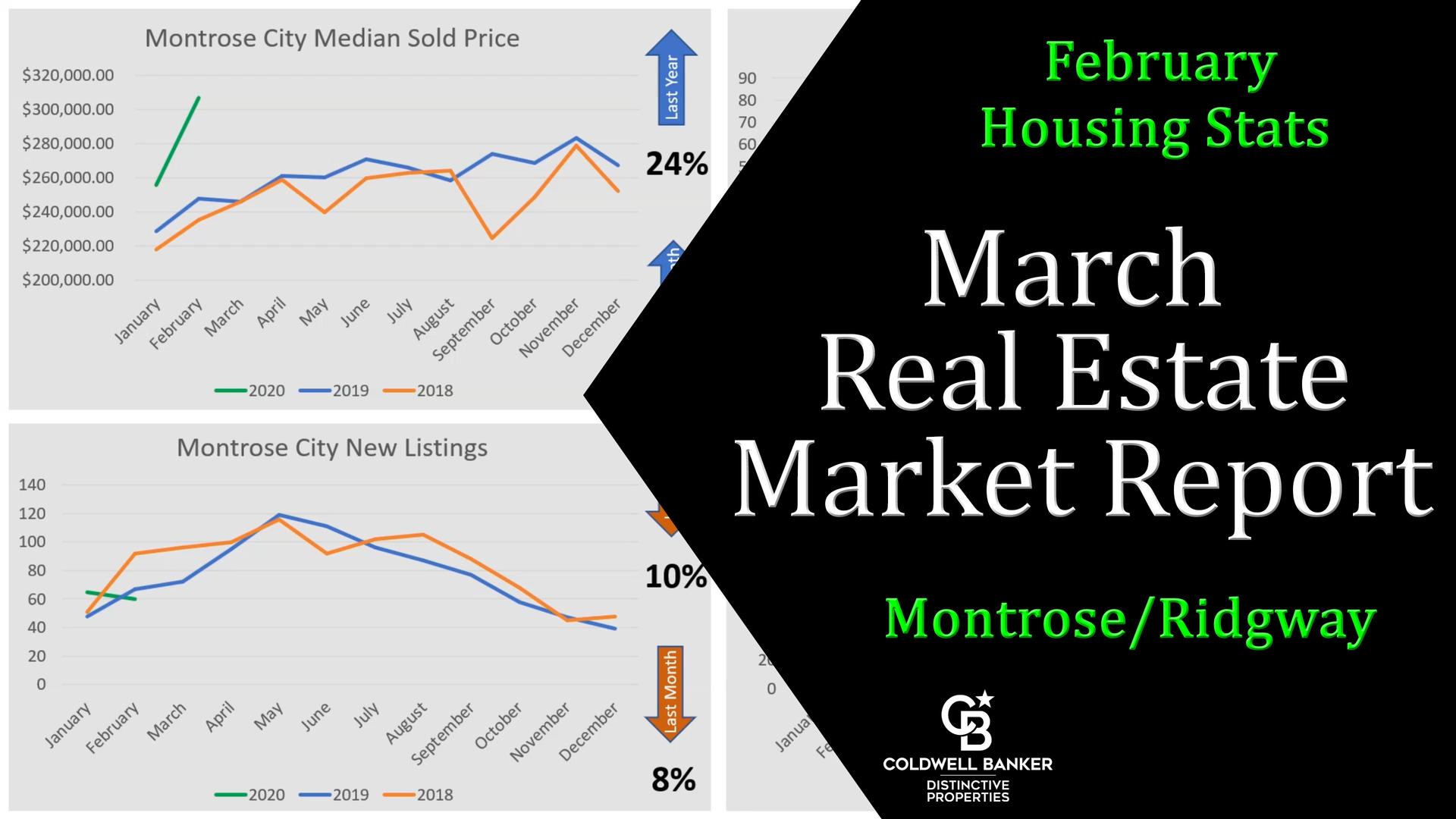 Property Values in Montrose have continued to rise in February.  The median sold price in Montrose City ended at $307,000 for the month of February.  This is up 20% from January and up 24% from this time last year.  I’m not making this stuff up.  Here’s the actual data from the MLS showing the jump in median sales price.  As inventory continues to drop, as shown here, we are seeing fewer and fewer houses in the low $200k range.  This is bumping up this median sold price.

Along with lower inventory, new listings are declining again for the month of February.  Montrose City saw a total of 60.  These numbers are 10% lower than this time last year and 8% lower than last month.

Average days on the market has increased in Montrose.  For the month of February, Montrose City sees an average of 113 days on market which is up 18% from last month and 31% from this time last year.

New listings are also down in Ridgway 77% from last month and 57% from this same time last year with only 3 new listings.

The number of properties that have sold also decreased 50% from last month and 33% from last year to a total of 2 properties.  This is the same number from this time in 2018 (2 years ago).